Originally, Network Rail only consulted Rhomberg Sersa UK during preliminary planning to increase the gauge to W12. But the solution developed by the British subsidiary of the Rhomberg Sersa Rail Group in conjunction with the Central Rail Systems Alliance was so good that the partners were also commissioned to implement it.

So that freight traffic could also use the railway line between Northallerton and Eaglescliffe, the gauge of the line had to be increased to W12. For most sections there was no problem, but the client, Network Rail, identified a need for conversion in several structures to meet the tougher requirements.The most important structure is the 1848-built Yarm Tunnel, which required a lowering of the track by around 700 mm. The single-tube, horseshoe-shaped brick tunnel runs under the A67 and allows the non-electrified Eaglescliffe railway lines to run in both directions. The special feature: It is inclined upwards at an angle of about 45°. The tunnel is constructed as an 8-ring brick barrel vault, around 70 metres long, having a clear width of around 11 metres with a semicircular arched stretcher bond profile and straight side walls. The covering of the outside of the tunnel varies over the entire length of the tunnel. However, it is assumed that the minimum covering measures only about 800 mm.

Because of the limited tunnel cross-section, the solution to stabilizing the tracks was slab tracks, to reduce the distances both to the tunnel walls and to the adjacent tracks inside the tunnel. The consortium consisting of Rhomberg Sersa and Central Rail Systems Alliance has already successfully renewed the Gasworks tunnel at the entrance to London’s Kings Cross station and was selected by the client based on the combined expertise of the contractors and designers. 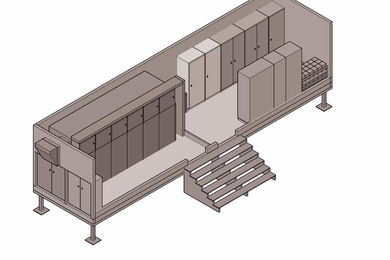 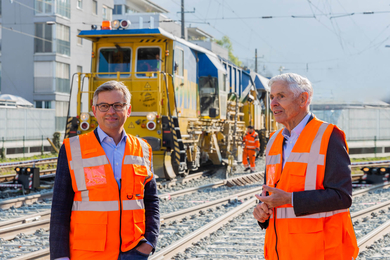 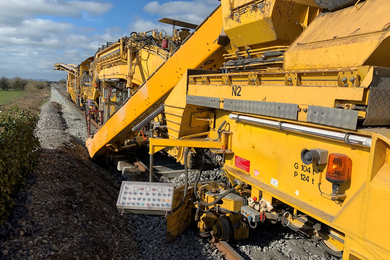 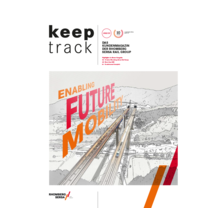